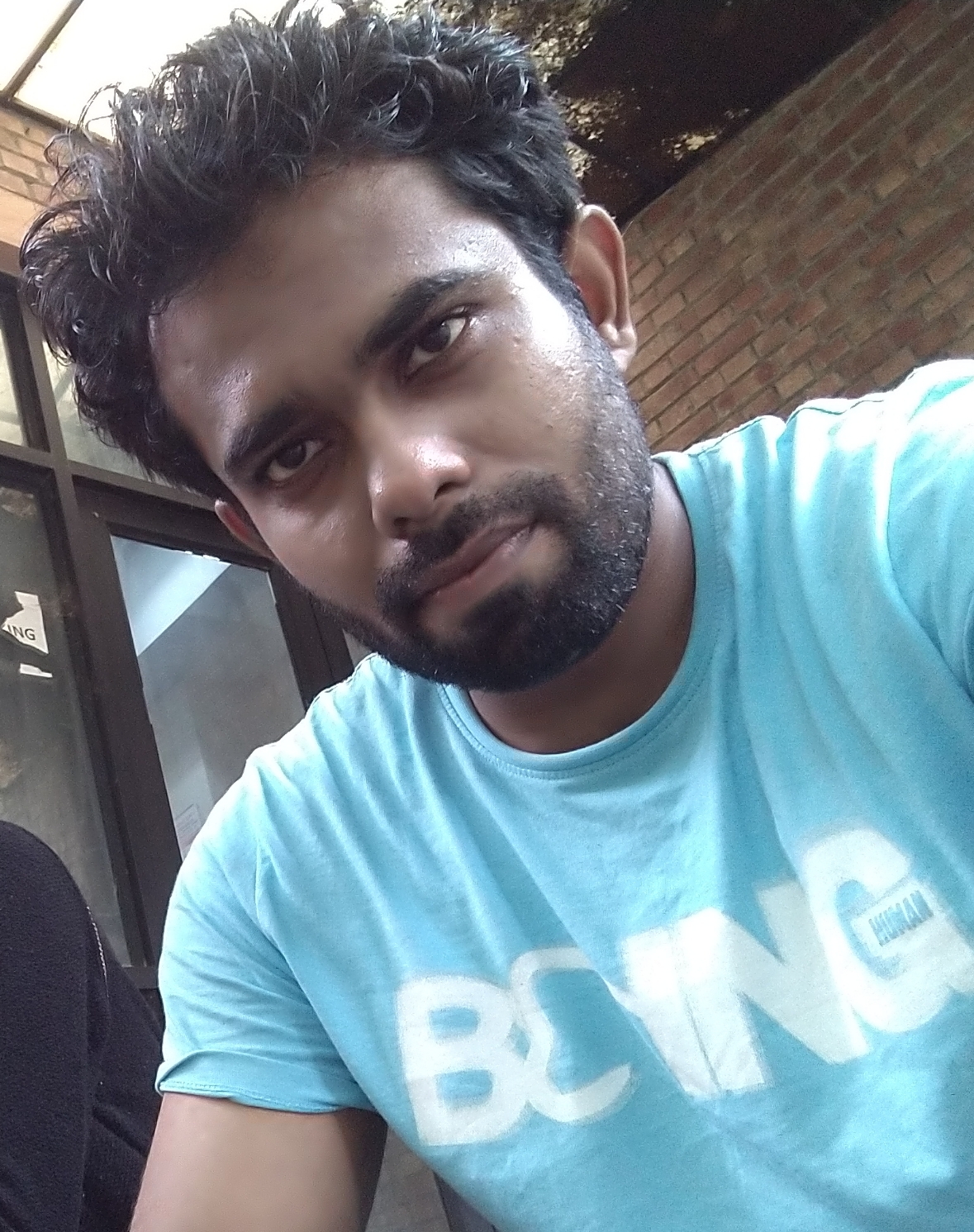 Ibrar Siddique received his Ph.D. in Life Sciences from the National Institute of Immunology, India, in 2018. In his graduate work, he studied the role of small molecules in the prevention and treatment of Alzheimer’s disease in the 5X FAD mouse model. To broaden his horizons, he also investigated the role of an endoplasmic reticulum resident protein (JWA/GTRAP3-18) in the regulation of autophagy in neuronal cells. Currently, in the Bitan laboratory, he is interested in elucidating the role of molecular tweezers in the prevention of the tauopathy in an animal model system. 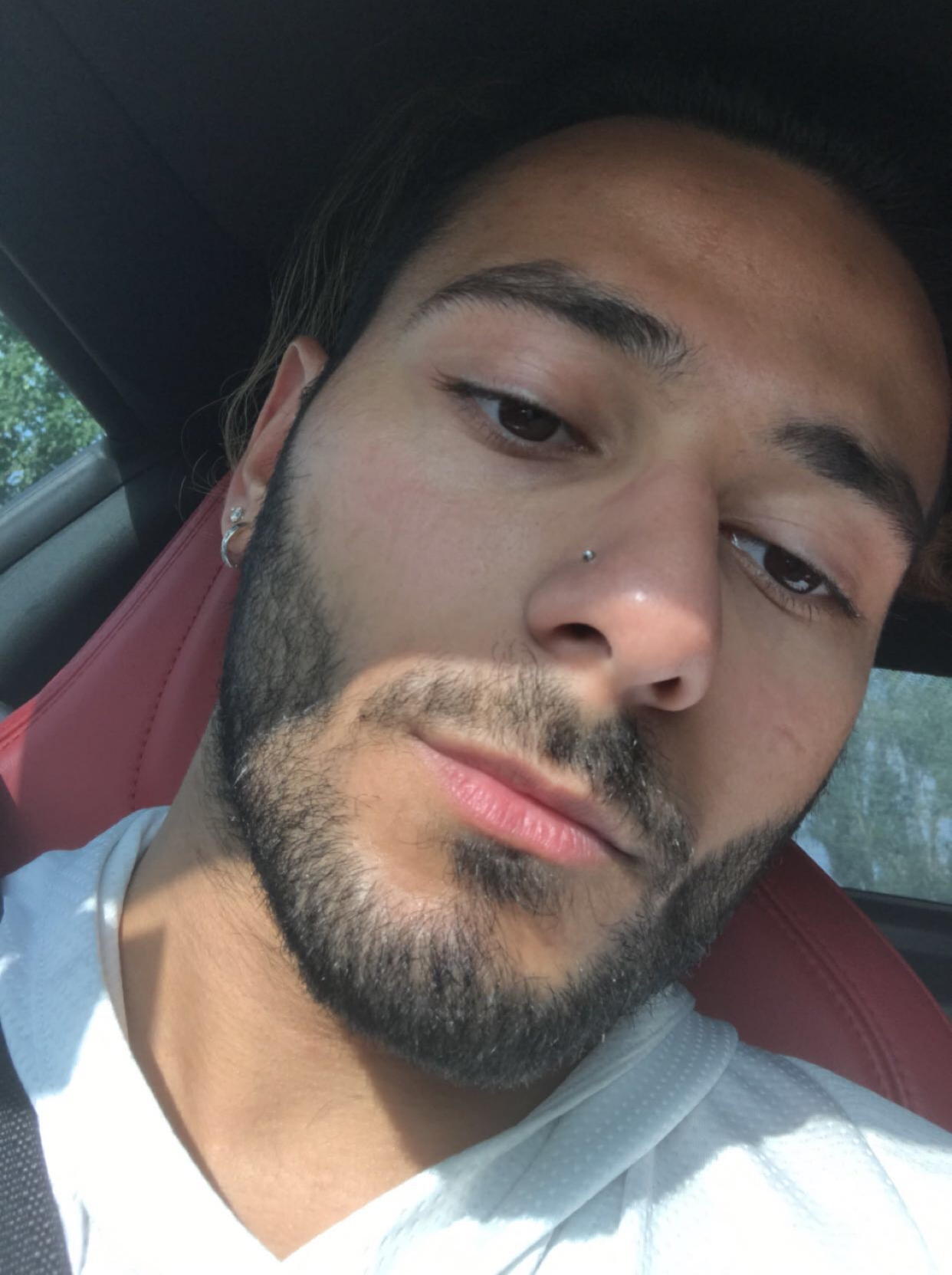 Hash Brown is an M.S. student in the Department of Integrative Biology & Physiology. Previously, he completed his undergraduate majors in Integrative Physiology, Neuroscience and Psychology with a minor in Public Health at the University of Colorado Boulder with Summa Cum Laude honors. He has a deep interest in understanding the ins and outs of neurodegenerative diseases. He currently investigates the potential of CNS-derived exosomal biomarkers in neurons, oligodendrocytes, and astrocytes as a predictor for the development of movement and cognitive diseases such as Parkinson's' disease and multiple system atrophy. He thrives to become a physician-scientist after completing an M.D./Ph.D. program. 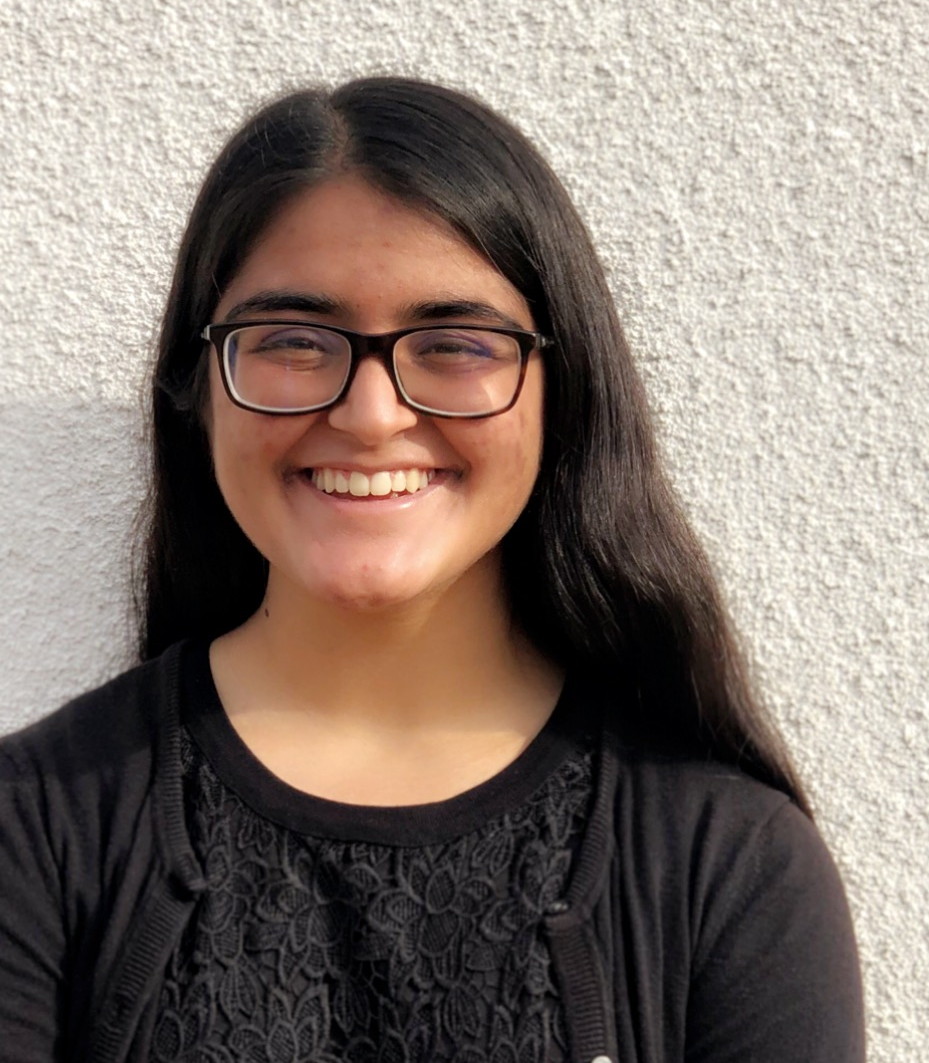 Esha Chawla is an undergraduate student at UCLA pursuing a Bachelor’s degree in Microbiology, Immunology, and Molecular Genetics with a minor in Biomedical Research. Having worked closely with Alzheimer’s and Parkinson’s patients, she is extremely interested in studying neurodegenerative diseases and working towards finding a cure. Her interests led her to join the Bitan Lab in the Fall of 2020, where she currently studies the effectiveness of molecular tweezers in the prevention of tauopathies in cell culture systems. 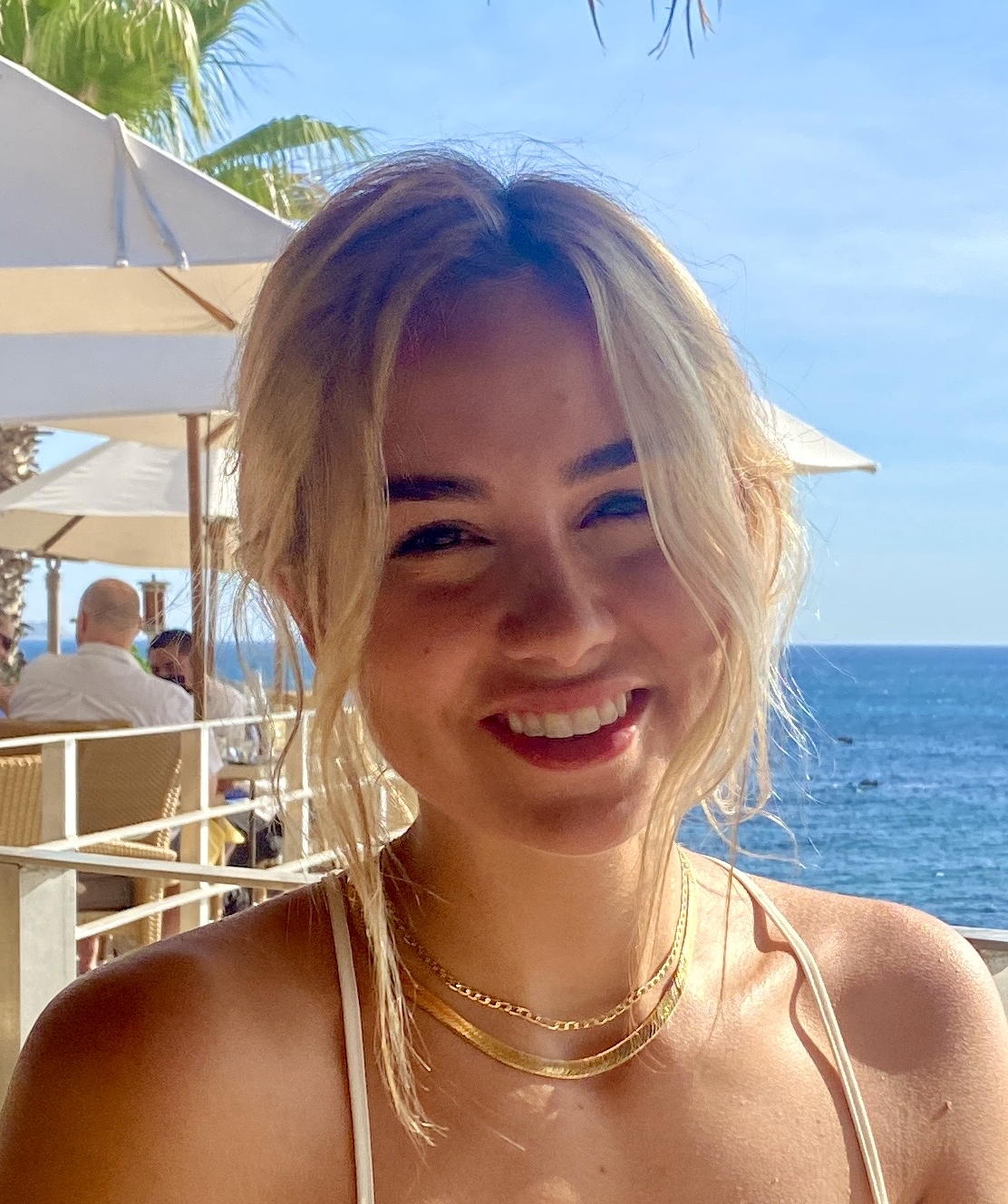 Kylie McCauley is a third-year undergraduate student at UCLA majoring in Molecular, Cell and Developmental Biology. She worked as a laboratory technician during the Covid-19 pandemic in 2020 facilitating PCR and antibody testing for the disease, which introduced her to the world of research and academia. Her interests include the discovery of environmental and genetic factors that increase the likelihood of a person developing neurodegenerative diseases such as Alzheimer’s, and novel treatment of such diseases with the microbiome. She is currently imaging and quantifying data that will determine the effectiveness of an Alzheimer’s treatment that involves gut microbiota. 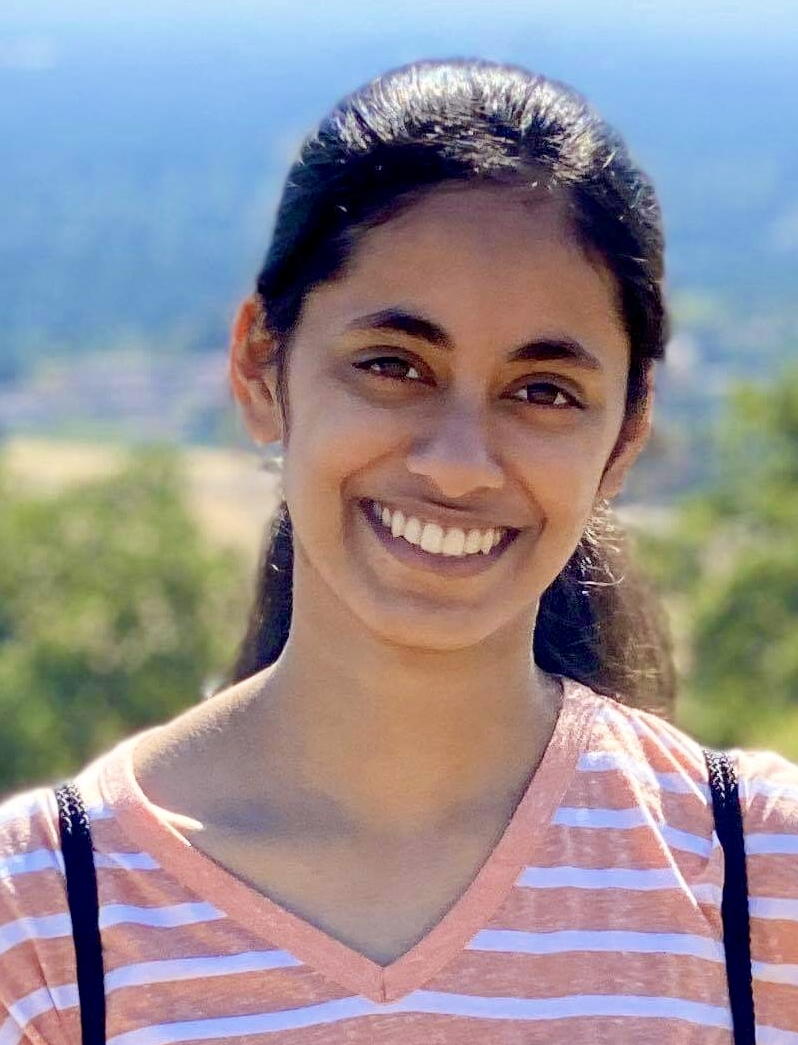 Saumya Tawakley is a third-year undergraduate student at UCLA majoring in Neuroscience. She was introduced to the field of neurological disorders after becoming involved in a student organization focused on movement disorders such as Parkinson's Disease. Through this experience, she has become more interested in learning about clinical treatments for neurological disorders, and research about disorder development. She joined the Bitan Lab in Winter 2022 and is working on the exopher project. 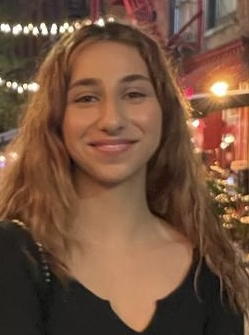 Nour Elabed is a fourth-year undergraduate student pursuing a degree in Biology. Her interest in neurodegenerative diseases was initiated after her grandfather was diagnosed with Alzheimer's disease. She is curious about learning what external and/or genetic factors contribute to the development of Alzheimer's disease in individuals. She began managing the Bitan Lab database and inventory in the Winter of 2022. 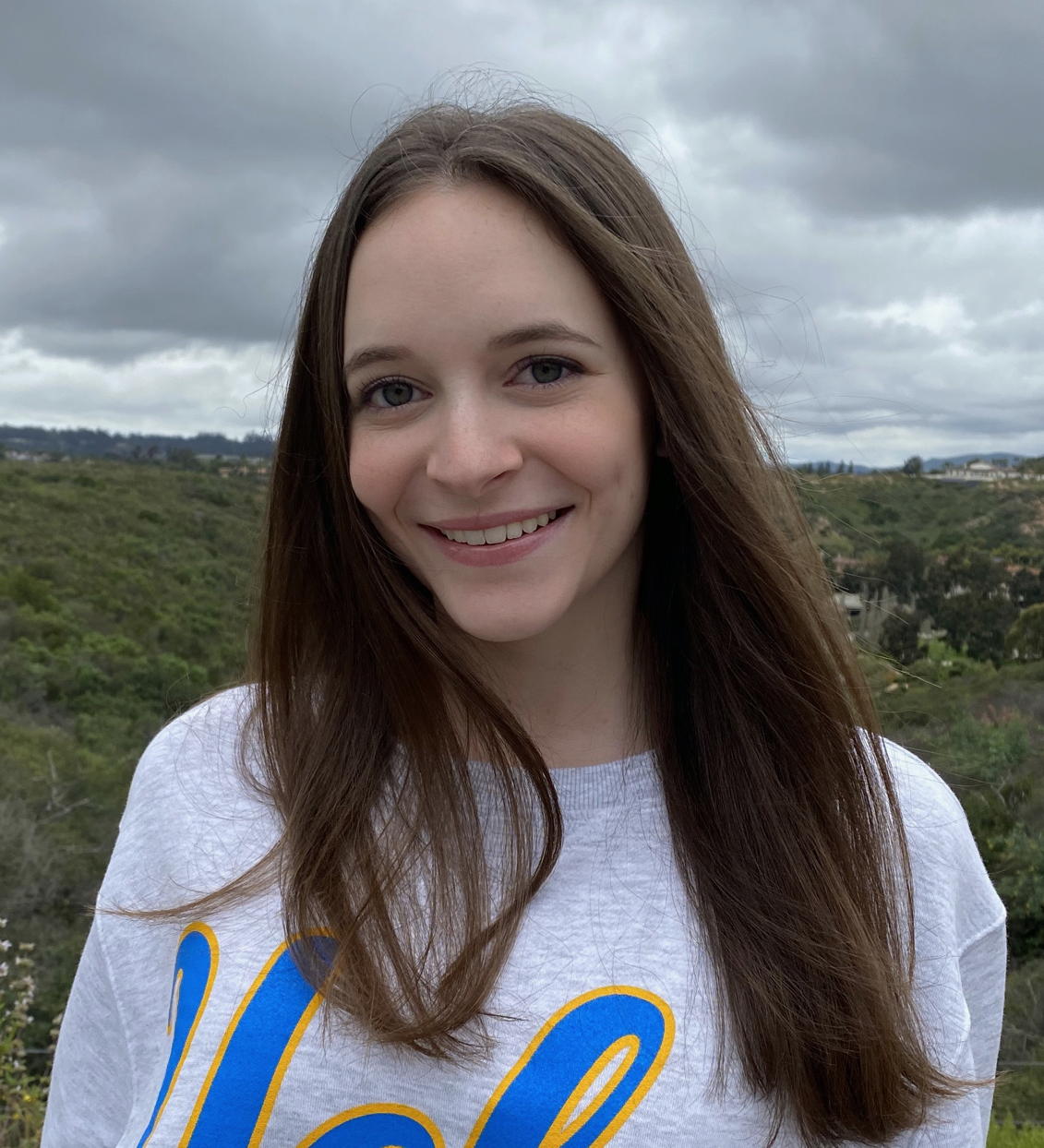 Taylor Newville is a Molecular, Cell, and Developmental Biology undergraduate student at UCLA. She was introduced to the field of degenerative disorders when she worked for a clinic that administered stem cells to combat age-related, degenerative joint conditions. That experience pushed her to pursue a lab opportunity where she could research the science behind degenerative diseases and their possible solutions on a much deeper level. She joined Bitan Lab Summer of 2022 where she is working on a project that studies the toxicity of α-synuclein. 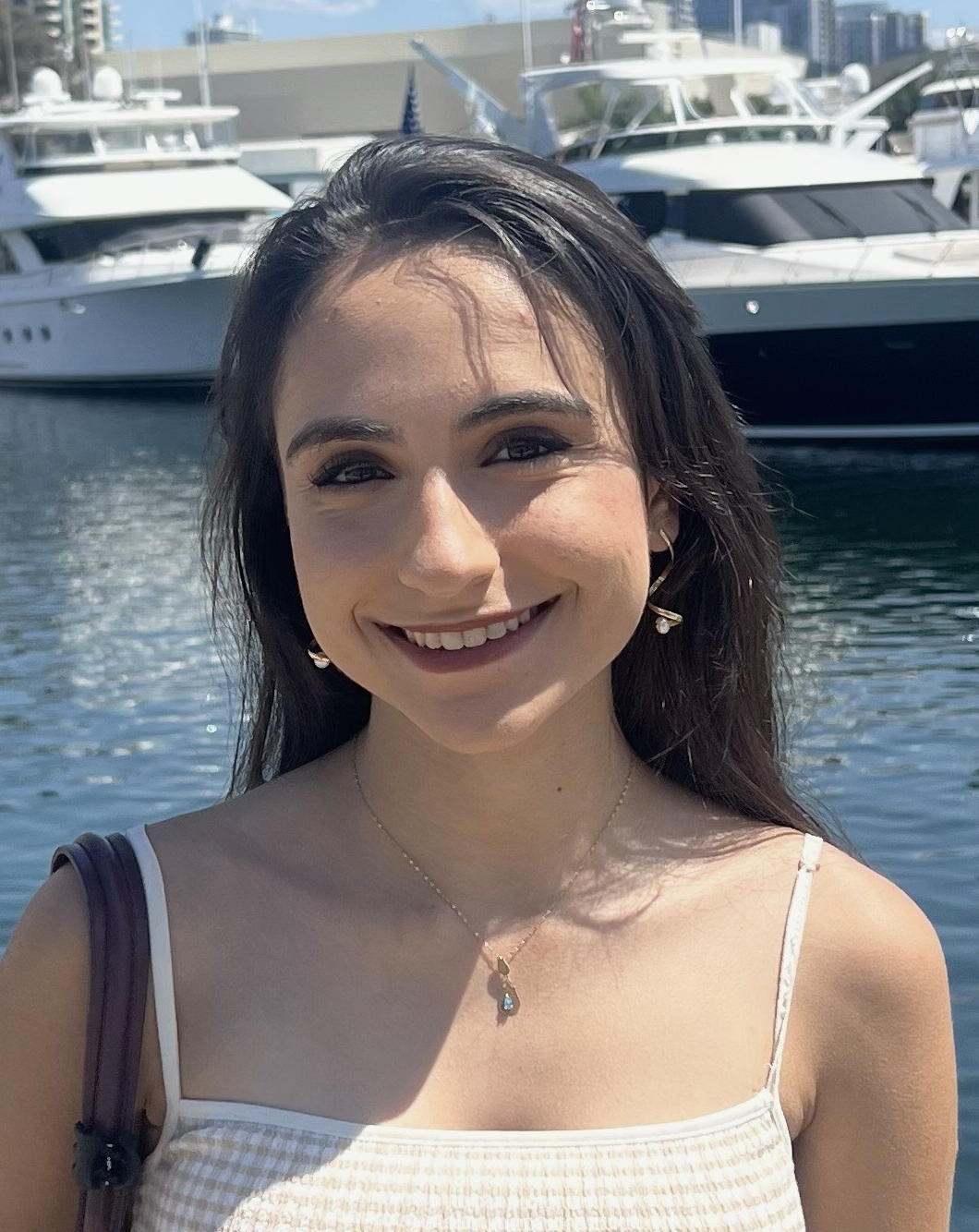 Lea Chamoun is a Psychobiology student at UCLA. She became interested in neurological disorders after taking a neuroscience class her first year, where she learned about the anatomy of the brain and the pathophysiology of different neurodegenerative diseases. Her interest in medicine and research led her to join the Bitan lab in Summer 2022. In the lab, she is studying the effectiveness of using CNS-derived exosomal biomarkers for distinguishing among neurodegenerative diseases. 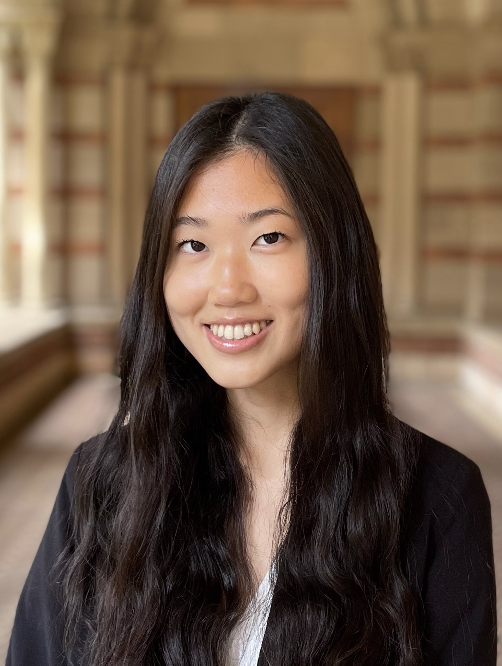 Joanna Zhao is an undergraduate student at UCLA planning to major in Human Biology and Society. She became interested in neurology after learning about the biological mechanisms responsible for Alzheimer's disease in a biotechnology class. Hoping to contribute to the development of a cure for neurodegenerative disorders, she joined the Bitan Lab in the fall of 2022 and studies exophers in neuroblastoma cells.